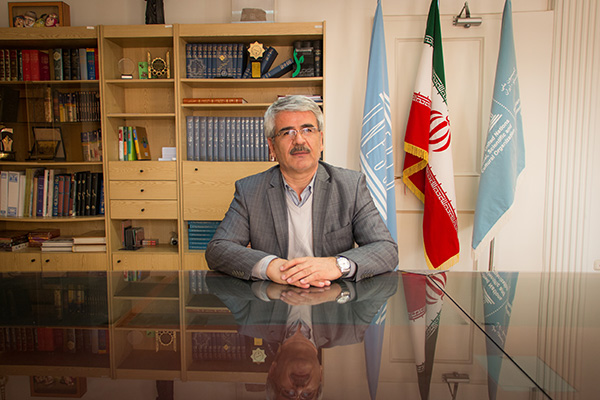 Dr. Sadollah Nasiri Gheydari  is a physicist and professor at Shahid Beheshti University, Iran. After obtaining his B.Sc in 1984, M.Sc in 1988 and Ph.D. in 1992 under Yousef Sobouti, all from Shiraz University, he continued as Associate Professor in the Department of Physics of Shiraz University. In 1993, he was transferred to Zanjan University where he held various positions including head of Department of Physics from 1994 to 1996, rector of College of Science from 1996 to 1998 and again from 2002 to 2004, and vice-chancellor of education from 1998 to 2001. From 2002 to 2006, he was president of the Iranian Astronomical Society and was re-appointed in 2011. In 2008, he was appointed vice president of the Iranian Physical Society. He has also served as Secretary General of National Commission of UNESCO since 2015. Dr. Gheydari's main research interests relate to oscillations of stars in the presence of magnetic fields, quantum mechanics in phase space, and coronal heating, as well as the selection of sites for optical observatories. His work has included a formulation of quantum mechanics in extended phase space (phase space in position and momentum extended to include time and the value of the Hamiltonian as additional phase-space variables).

Email: This email address is being protected from spambots. You need JavaScript enabled to view it.